Born in Haasts Bluff, Doris married George Bush Tjangala, with whom she had three sons. In the mid 1980's the family went to live on an outstation at Nyunmanu in Doris's mother's country and later the couple divided their time between Papunya and Alice Springs where George painted for the 'government gallery' (Centre for Aboriginal Artists and Craftsmen). When Papunya Tjupi Arts was established in late 2007, Doris quickly became one of the most prolific and enthusiastic painters in the community. In 2012 she had her first solo exhibition at Damien Minton Gallery in Redfern Sydney and her second in 2016 at RAFT South in Hobart. 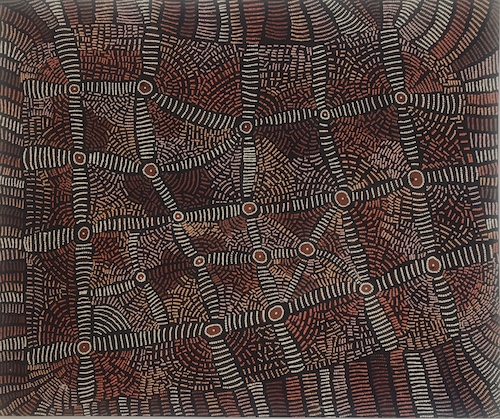