John Mawurndjul AM Mardayin at Milmingkan, 2004 Maningrida Arts and Culture 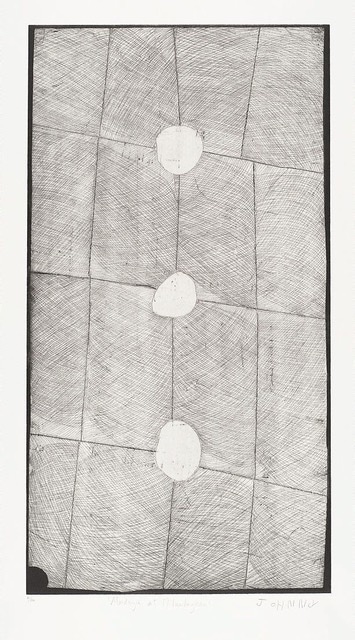 About John Mawurndjul AM

John Mawurndjul Biography “My head is full up with ideas.” – John Mawurndjul A Kuninjku bark painter and sculptor, John Mawurndjul is one of the leading Aboriginal Australian artists, receiving worldwide recognition for his work. He was born in 1952 near Mumeka, an important camping site for members of the Kurulk clan on the Mann River some 50 kms south of Maningrida. He grew up at Mumeka and surrounding Tomkinson, Liverpool and Mann Rivers seasonal camps with only sporadic contacts with balandas (non-aboriginal people). In the late 1970s he was tutored in painting by his elder brother Jimmy Njiminjuma and uncle Peter Marralwanga, who showed him how to use rarrk, cross-hatching in new and innovative ways. He started to paint on small barks generally depicting natural species and mythological beings such as Ngalyod the rainbow serpent that guards sacred sites (djang) in all western Arnhem Land. During the late 1980s he started to produce large and more elaborate paintings with complex arrangements of figures. His work rapidly captured the attention of art critics and in 1988 he won the Rothmans Foundation Award for best painting in traditional media at NAAA and the first prize at the Barunga Festival Art exhibition. In 1991 Gabrielle Pizzi Gallery held his first solo show. During the 1990s his work was included in major overseas exhibitions dealing with Aboriginal Australian art such as Dreamings in New York (1988), Crossroads in Japan (1992), Aratjara: Art of the first Australians, Germany and UK (1993-94) and In the heart of Arnhem Land in France (2001). Mawurndjul has been a major influence on contemporary Kuninjku artists who paint in his style and tutoring his wife Kay Lindjuwanga and daughter Anna Wurrkidj now accomplished painters. He has created a whole school of artists and has led an exciting and contemporary Australian art movement. In 2000, his work was featured at the Sydney Biennale and in 1999, 2002 and 2016 he won the bark painting prize at the Telstra National Aboriginal & Torres Strait Islander Art Award. He won the prestigious Clemenger Contemporary Art Prize in 2003. In 2004, his work was included in the landmark survey exhibition Crossing Country, the Alchemy of Western Arnhem Land held at the AGNSW. In 2005, Mawurndjul was honoured with a major retrospective of his work at the Musee Jean Tinguely in Basel Switzerland. In 2006 he has worked on a large scale commission for the new Musee du Quai Branly. His work features in the bookshop and is integral part of the architecture. Further Developments “The old ways of doing things have changes into the new ways. The new generation does things differently. But me, I have two ways. I am the old and the new” – John Mawurndjul John Mawurndjul’s work has always dealt with themes of spirituality, mythology and life cycle. Ngalyod has remained a central theme in his work but over last 20 years he has concentrated on more abstract works associated with the Mardayin ceremony, a now rarely performed sacred ceremony with clan identity and mortuary themes. It was an early secret cult ceremony into which John Mawurndjul was initiated and has left a lasting impression on Mawurndjul. His paintings depict the ceremony at particular sites located on his clan estate, including elements of the ancestral landscapes and the stories which are not in the public domain. He now often depicts in his work a large billabong at Milmilngkan which is a very important Rainbow serpent sacred site. Much of his paintings are based on the mythology of sites in this area of the Kurulk clan estate where he lives with his family. Visually, in Mawurndjul’s recent works, fine cross-hatching now dominates the entire surface of the painting and encrypts various secret meanings. The direction of the cross-hatching changes constantly and unpredictably. In innovating both in the treatment of rarrk and in the iconic representation of the Mardayin themes, he expresses in a dynamic way his strong connections to the land and ancestral power. His sculptural work also incorporates Mardayin themes. He mainly concentrates on the representation of Mimih figures or Duwa moiety female creator beings called Buluwana. They comprise, in their body decorations, elements borrowed from Mardayin body designs and painted wooden sculptures used in the ceremony. He was one of the first Kuninjku artists to use rarrk instead of dotting patterns on his Mimih carvings, making again the path for a new trend in Kuninjku art. (Maningrida Arts and Culture website)