Iwantja Community is mainly Yankunytjatjara people living on the eastern side of the Anangu Pitjantjatjara Lands, 8 km from the Stuart Highway in the far north of South Australia, on a dusty rocky ridge called Indulkana.

Indulkana Arts Association started in the seventies. Initially used for secondary student's art lessons, the building used was so crowded at times that the teacher had to mark spots on the floor in the morning to make sure they all had room! Skills were learnt and the beginnings of a clear identity formed. People did traditional wood carving (punu), batik, patchwork, dying, painting and around the early eighties linoblock printing started.

Iwantja Arts and Crafts moved into the Family Centre in January 1995. Since then Iwantja has gone from strength to strength on the basis of its strong cultural identity and impressive output. 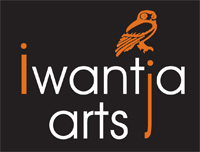 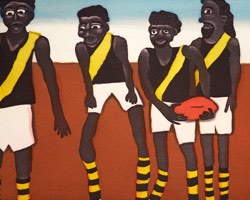 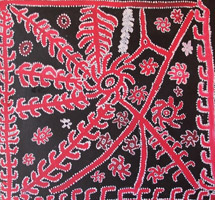 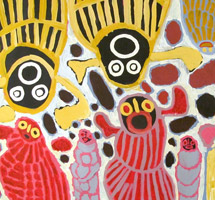 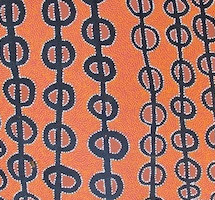 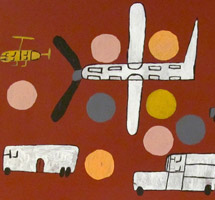 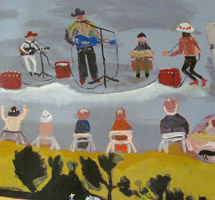 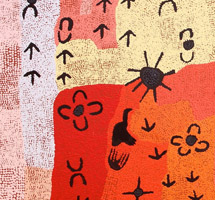 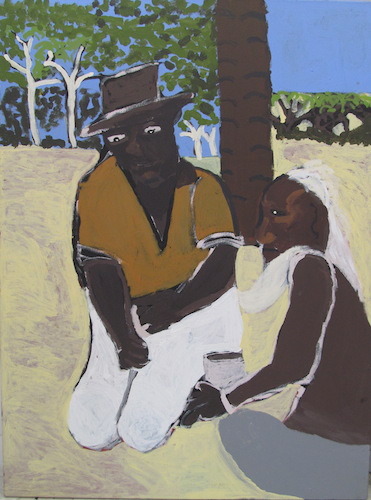