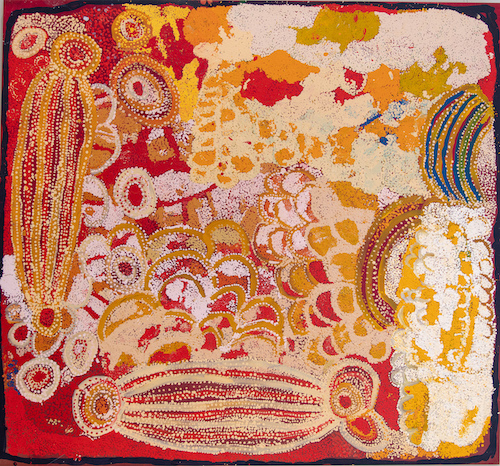 Wingu was born at a rockhole called Nyumun, in the Western Desert of Western Australia. "I didn't go to school. I was a bush girl!" Later, she travelled by foot with her mother and father to the mission at Ernabella, where she worked spinning sheep's wool to make things for the mission. "I wasn't worrying to go home because I was happy at the mission." Before she passed away in 2010, Wingu lived at Nyaparti in South Australia and Irruntyju in Western Australia, spending time with her two families. Her works feature in major public and private collections.

Wingu was a respected senior woman with much cultural knowledge, and painted the tjukurpa asociated with her country. The place of her birth is a sacred men's place called Walawuru Tjukurpa - Eagel Creation Story, whcih she could paint, but not talk about. The majority of her paintings are from the Kunkarrakalpa Tjukrupa (Seven Sisters creation sotry). Kuru Ala, one of the major sites she depicts is an important and sacred women's place.