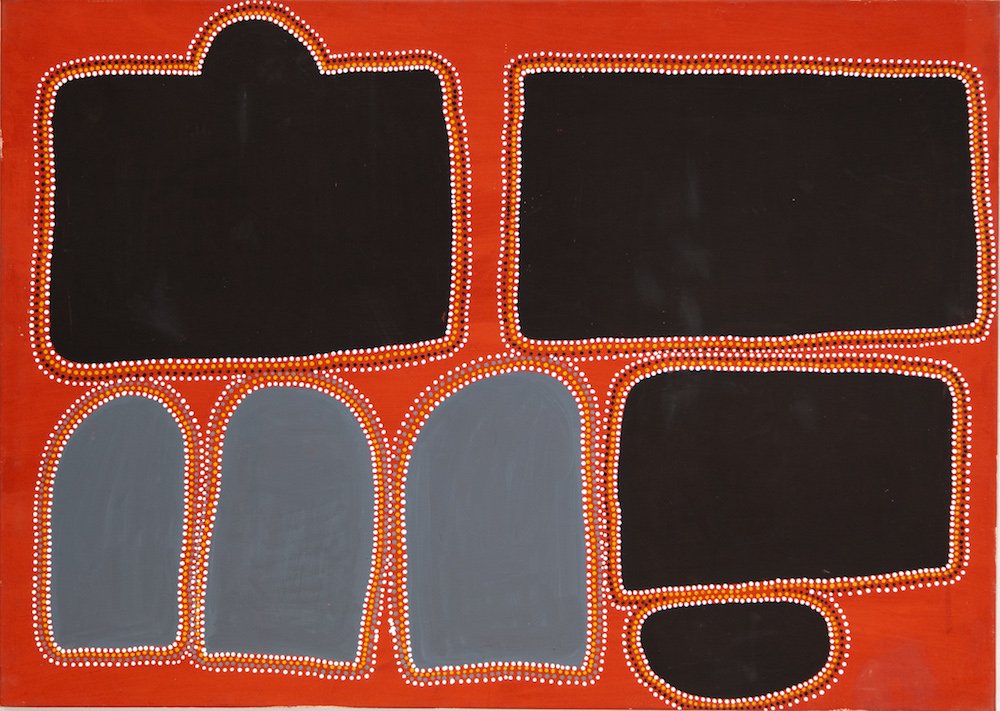 Billy was born at Inverway Station in the Northern Territory in 1935. “Most of my life I have been droving cattle and working around the stations as a ringer and stockman. I used to come to Kununurra as a single bloke when I was younger, then I came here to live with my wife in the seventies.” After an accident during his stockman days, an injury to his knee forced Billy to change to working on farms in the Kununurra region. He has four children, two girls and two boys. Billy first started painting in the mid 1990s and quickly developed into a successful artist with his bold, simplistic depiction of his dreaming sites. Copyright Waringarri Artists 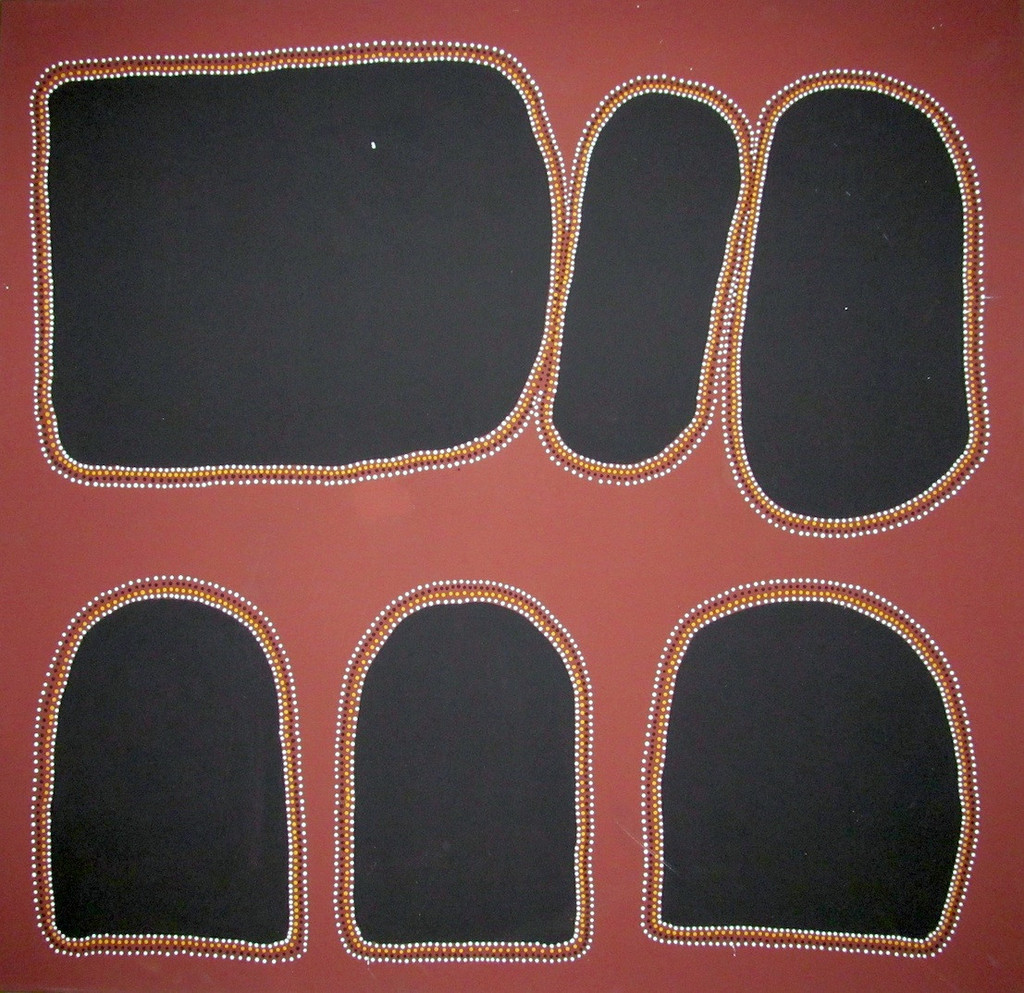