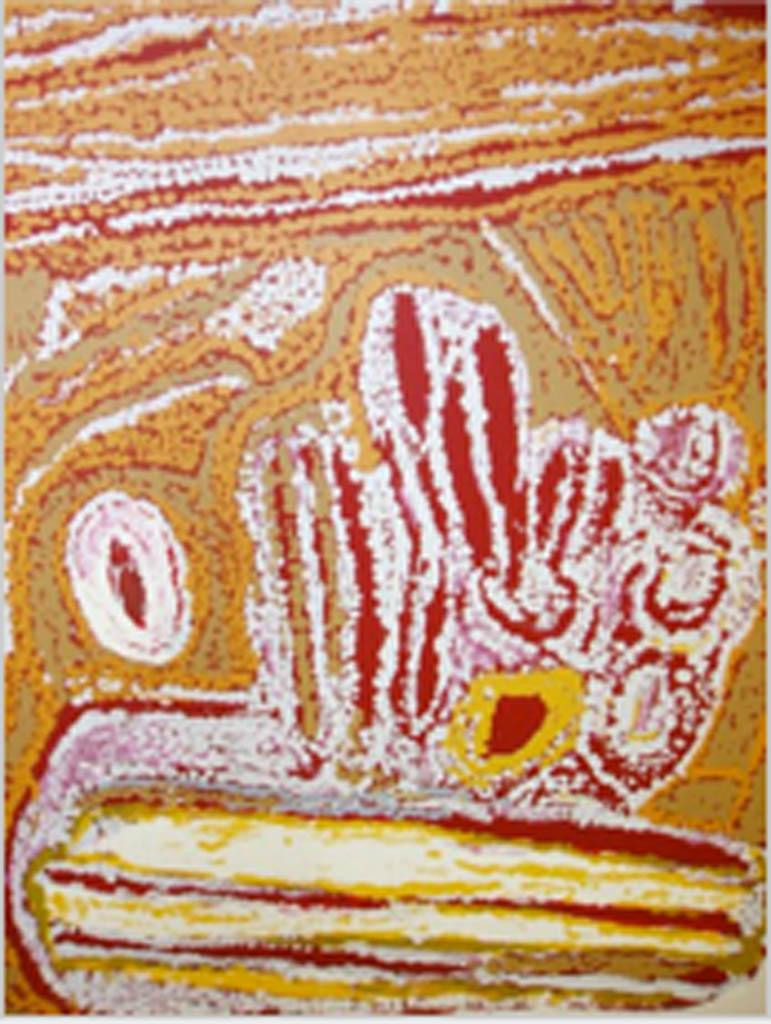 ‘Nakarra’ is a familiar, abbreviated, or intimate version of the Kukatja kinship term, “Nakamarra”, a female ‘skin’ (kin) name that is often used as a form of address. It is also a children’s form of the skin name Nakamarra. (An english equivalent of this usage, would, for example, be calling a girlchild or young woman whose name is Susan, by the shortened form “Susie”). Plurals in the Kukatja language (and in Warlpiri) are sometimes formed by reduplication, ie simply by doubling the singular version of the noun/nominal. Hence ‘Nakarra Nakarra’ implies more than one girl or woman, who all share the skin-name ‘Nakarra’. In this particular instance there are seven girls/women with the same skin-name Nakarra. They are sisters.