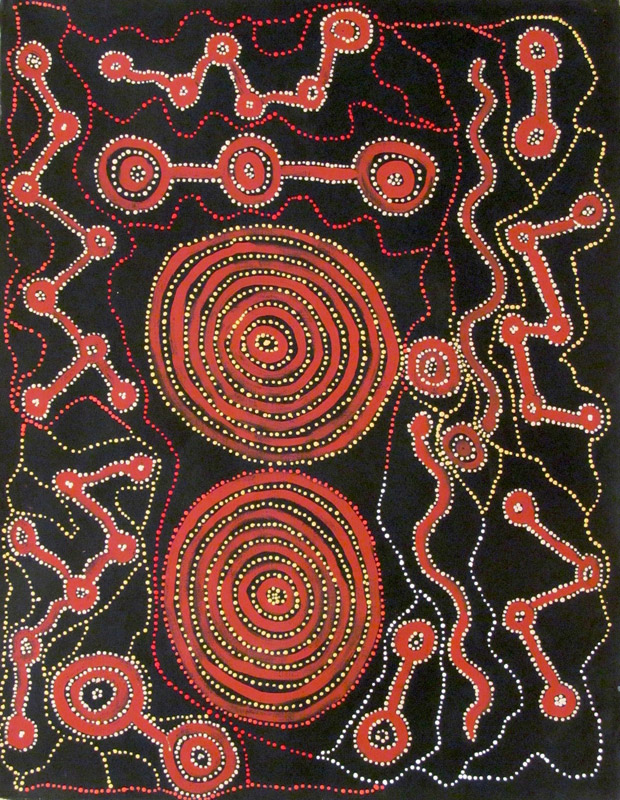 Birth Date: circa 1958 Language: Pitjantjatjara Place of Birth: Umuwa Skin/Clan: Pitjantjatjara Winmati Roberts is descended from a line of renowned artists. His mother, the late Wingu Tingima, was on of the best-known and respected painters and his father, the late Lima Tingima, was an inspirational figure in Winmati's life, passing on his great knowledge of the country and Law to his son. As a young man, Winmati worked on the bore program, a project supporting Anangu's desire to return to country. He also helped to establish the community of Nyapari where he lived for many years. Winmati paints the Wati Kutjara Tjukurpa of Pukara, a story depicting two snakes, a father and son travelling across county during ceremonial time.