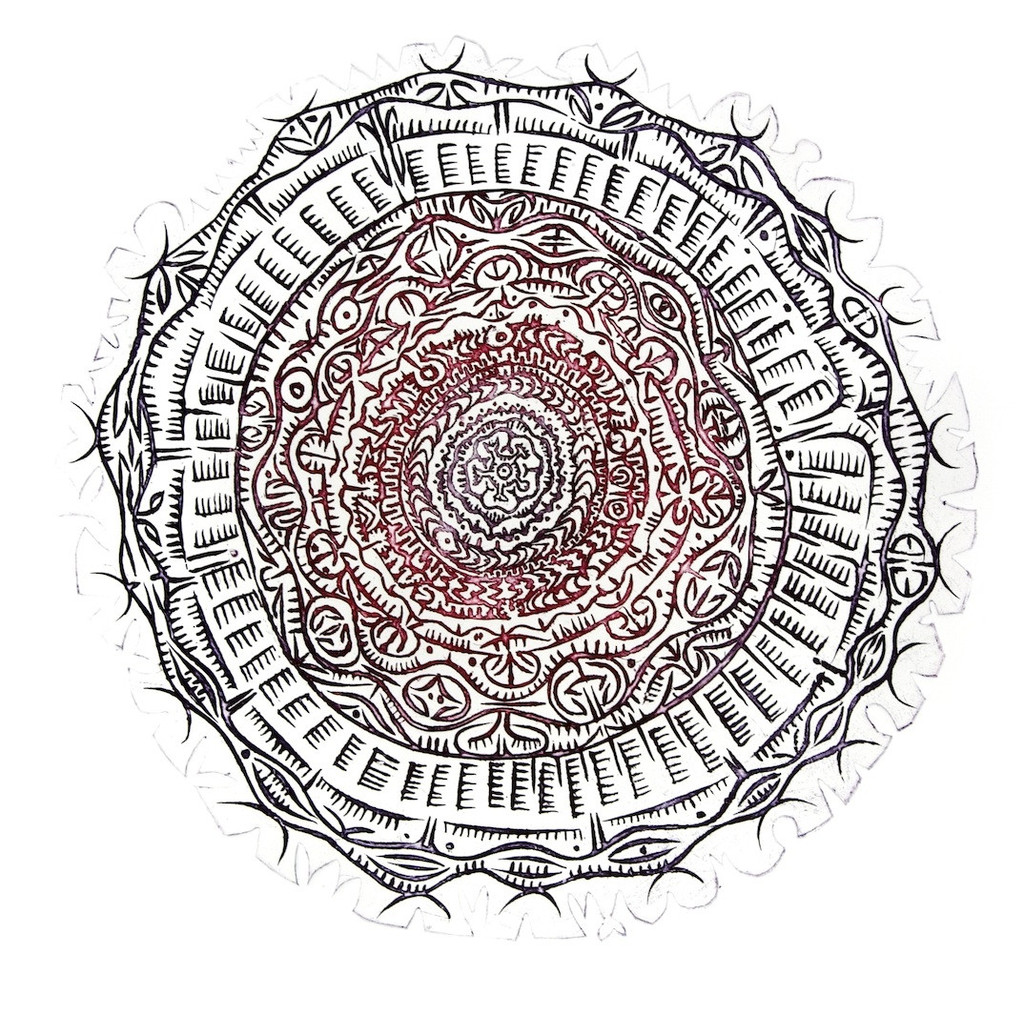 This print depicts the patterning, designs or decoration seen in body markings that was practised throughout the islands up until the late 1800’s.

These markings identified the clan you belonged to. The ones shown in the print are specific to the Tupmul or Stingry clan which is one of the five clans on the artist’s island of Badu. The scarification was called Giama. It was seen on the shoulder and chest of men and the lower back of women and usually done at the time of initiation.

Incising into the body was done with a knife made from the very thin and razor sharp outside skin of a bamboo. It was a long and painful process. The cuts were rubbed with mud from the mangroves then allowed to heal. The healing process was aided by the use of coconut and other plant medicines. These were also used to mitigate the pain.

The artist has used the sugar lift etching process in this print so the markings in the print closely replicate those that would be seen on the body.