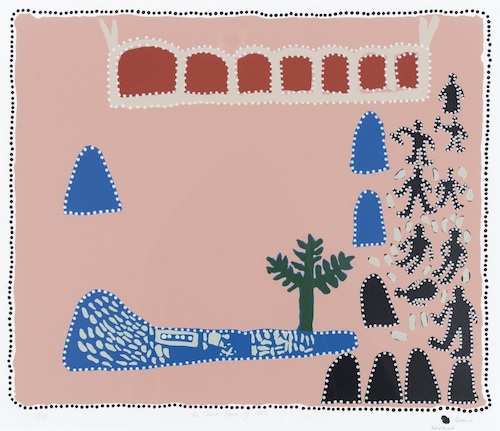 Queenie McKenzie was born on the cattle station at Old Texas Downs around 1915. She grew up among Ginja people and spoke Ginja as her first language. Her mother was a Malgin/Gurdji woman and her father a white man.

In later life Queenie McKenzie and her husband moved to the settlement at Warmun in 1970's. Queenie did not have children of her own but was surrogate mother to many children whose mothers were unable to look after them. A strong member of the Warmun community, McKenzie was a councillor and taught the Ginja language at the school. She has always taken an active part in ceremonial life, being a good singer and dancer.

Queenie McKenzie exhibited widely and her works are represented in major collections including the National Australian Gallery, National Gallery of Victoria, Art Gallery of Western Australia. Towards the close of her life Queenie was declared a State Living Treasure for the unique contribution to the arts and culture and the teaching of the Ginja Language. 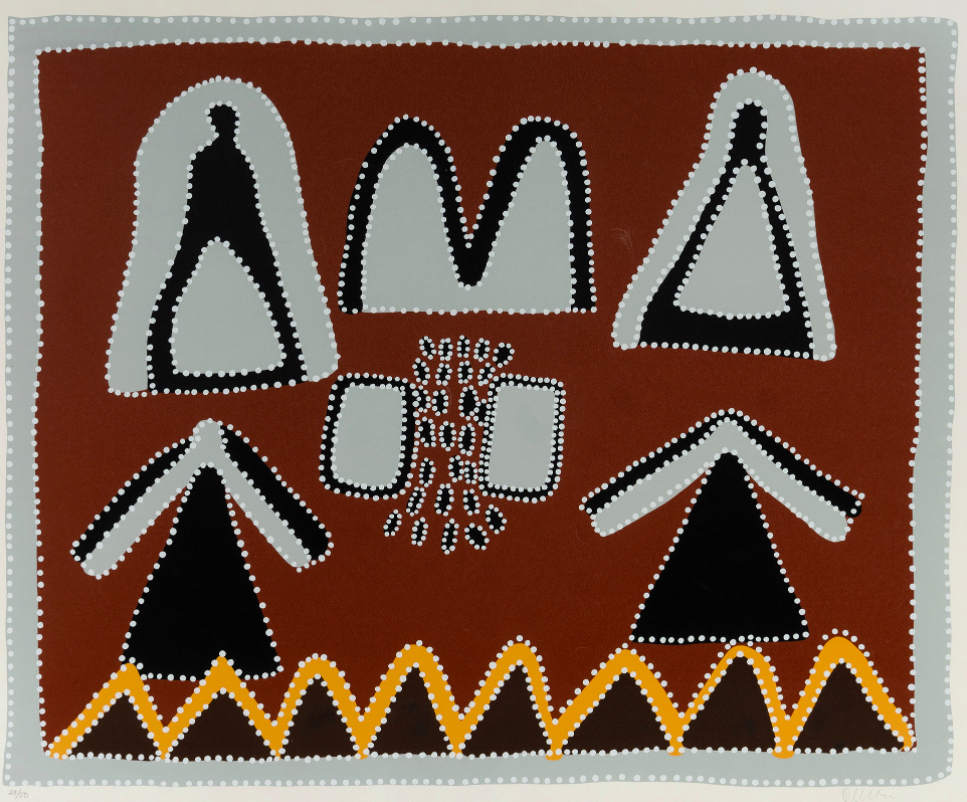